Litigation is the basic legal right which guarantees every corporation its decade in court.

Arbitration is accelerated litigation.  Arbitration differs from mediation in that the neutral – called an arbitrator – hears the evidence and the parties’ arguments, much as in a trial, and renders a decision that is usually binding. Both mediation and arbitration are forms of “alternative dispute resolution,” meaning that they are an alternative to trial in the judicial system.  The arbitrator functions as a judge, hearing and weighing the evidence and deciding on its admissibility, and rendering a decision on the merits of the case.  In most arbitrations, that decision cannot be appealed.  However, arbitration is generally less expensive, less time-consuming, and more expeditious in achieving an outcome than litigation.

There are various kinds of arbitration.  Some cases are decided by a panel of arbitrators (usually three), and some are decided by a single arbitrator.  In some arbitrations, particularly those mandated by contract, the process is highly structured and can be quite expensive.  In other arbitrations (and in cases where both parties decide on a more flexible procedure than that required by adherence to the contract), the process can be streamlined and less costly.  Sometimes arbitration is mandated by the parties’ previous agreement (as in many types of contracts), and sometimes the parties agree on arbitration as an alternative to trial, even where the dispute could be tried to a judge and jury.

Arbitration may also present other advantages to a trial.  It allows the dispute to be resolved in privacy and often confidentiality, rather than being aired in a public courtroom. The parties are able to fashion a process and a timetable that meet their needs, including factors such as a limitation on discovery procedures, privacy of the process, and streamlining the presentation of the evidence by stipulation or summary. The fact that the parties select their arbitrator by mutual agreement may give them some greater confidence in the process than having the case assigned to a judge who may be relatively unknown to them and who may not have as much time to devote careful attention to the case. Sometimes the parties agree to arbitration even after other settlement efforts, or even mediation, have failed.

Frank Goldsmith is experienced in arbitrations both as a member of a panel of arbitrators and as a single arbitrator.  He was one of the first arbitrators to be trained and selected in the North Carolina courts’ pilot mandatory arbitration program in civil district court cases in 1987. 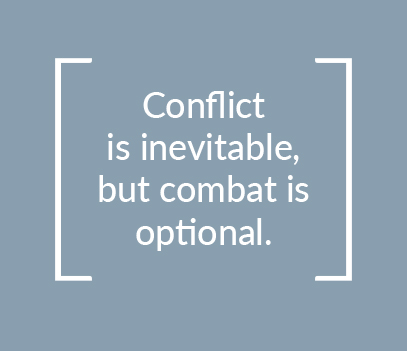